​There has been speculation for several weeks that Garry Monk will be the next Premier League manager to lose his job. Swansea made a decent start to the season as they looked to build on an impressive first campaign under the guidance of Monk.

Swansea came from behind to beat Manchester United 2-1 on August 30 but since then the Swans have only one league victory and that came against bottom of the table Aston Villa. Now that Swansea have decided to relieve Monk of his duties, Whose in the frame to replace him at the Liberty Stadium.

​Although Brendan Rodgers has been ruled out of a return to the Liberty hot-seat, it wouldn’t be a major surprise to see him make the return to South Wales. Rodgers arrived at Swansea in the summer of 2010 and guided them into the Premier League for the first time.

He then kept the Swans in the Premier League, earning himself a new contract with the Welsh side but decided to move to Anfield in the summer. The highlight of his three years at Anfield was finishing second in the Premier League to Manchester City in the 2013/14 season.

Rodgers has been out of work since being sacked by Liverpool following a 1-1 draw in the Merseyside Derby on 4th October 2015. Many believe Rodgers may want a bigger club than Swansea for his return to management. 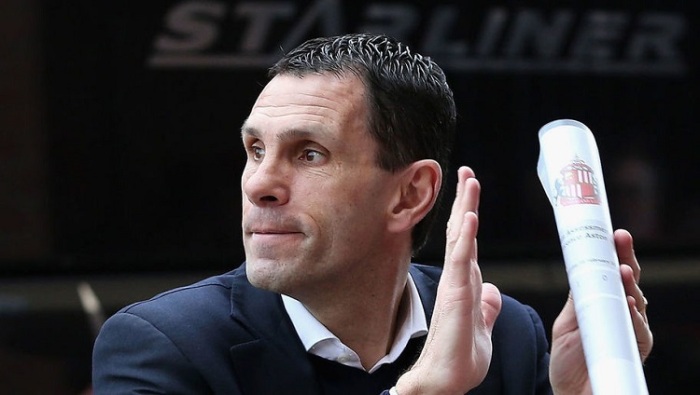 Gus Poyet is favourite for the job with all the leading bookmakers. Despite this, many would be very surprised if Poyet is the man that Swansea chairman Huw Jenkins goes for. Although Poyet has Premier League experience with Sunderland and has guided a team to top flight safety, he struggled to build on that survival the following season.

Poyet arrived on these shores when he joined Chelsea as a player and also represented Tottenham, before becoming a coach with Spurs after spells as an assistant manager to former Chelsea team-mate Dennis Wise at Swindon and Leeds.

Before getting his chance in the Premier League with Sunderland, Poyet managed Brighton and took them from League One to the Championship in his four years in charge. He is currently managing AEK Athens on a contract that runs until the summer of 2016.

This article is for 90min.com Read the full article here