Following the sacking of Jose Mourinho on Thursday afternoon, Chelsea are once again looking for a new manager. The Blues currently sit 16th in the Premier League table following nine defeats from their 16 league games this season. Was Mourinho the problem at Chelsea or is it the players that remain at the club? I’m sure that we will see an upturn in results now that Mourinho has departed, but that doesn’t make him a bad manager.

Dutchman Guus Hiddink looks set to take over a Stamford Bridge for the rest of the season. Hiddink is currently in talks with the Chelsea hierarchy over the position. Although any deal is yet to be officially announced it is believed that Hiddink will take charge till the end of the season. The Dutchman has taken charge of Chelsea previously in 2009 following the sacking of Luis Felipe Scolari.

The former coach of the Dutch national team looks like being the man in possession of the job come May. Whether or not he is a contender for the job will depend on how well Chelsea do between now and then. As has already been mentioned, Hiddink came to rescue for Chelsea in the past. After taking over from Scolari in January 2009, he guided Chelsea to a third place finish in the league and also won the Fa Cup. Despite it already being decided that Hiddink would just be in the job till the end of season; because Hiddink was also the coach of the Russian national team, senior players led by captain John Terry tried to convince the veteran boss to stay in London.

After leaving Chelsea, Hiddink remained as the Russia coach but failed to qualify for the 2010 World Cup with them and left at the end of his contract in June 2010. He has also had a spells in charge of Turkey and Russian side Anzhi Makhachkala. Most recently he succeeded Louis Van Gaal as the manager of the Dutch national team; his second spell in charge of his country, but that came to an abrupt end as Holland failed to qualify for the upcoming European Championships.

Hiddink is 69 years of age and you would have to question whether he would want to be in charge of any club side for a long period. When Mourinho was brought back by Chelsea, the idea was that they wanted someone to be in charge for the long-term and build a club. If this is still what Chelsea and Abramovich desire, then you would have to think that Hiddink isn’t the man for this. Nevertheless, he would probably get results if they want a short-term fix.

The former Argentinian international has found success with Atlético Madrid following a succession of jobs in his homeland including River Plate and Racing Club on two occasions. Simeone spent a large part of his playing career in Spain including two spells with Atlético. The charismatic figure has been in charge of the Madrid-based outfit since December 2011 and at the end of his first season he had won the Europa League, beating Bilbao 3-0 in the final. His second season saw him guiding the Spanish side to a third place finish in La Liga.

Simeone showed his winning pedigree in his third season with Atletico, finishing above both Barcelona and city rivals Real to win La Liga – Atletico’s first league triumph for nearly twenty years. He also took Atletico to the Champions League final in the 2013/14 season, coming up against Los Blancos. Atletico took an early lead and led until a 93rd minute equaliser and they ended up losing the game 4-1 after extra-time.

At Atlético, Simeone has displayed an ability to identify top talent and continue to improve his team and keep them challenging for the major honours. This must be something that Chelsea would be looking for in their next manager. In any team, players come and go. The most important thing is identifying the up and coming talent that will be replace outgoing players and come the success coming.

Whether or not Pep Guardiola will be available in the summer is not yet known. His contract with Bayern Munich is up at that point and Guardiola says he has already made his mind up what his next move is but won’t reveal it yet. He could stay at Bayern, take a year out once again or perhaps move to another of the top teams in Europe. England looks like being his likely destination, having already conquered Spain and Germany.

If he does come to England, there will be a number of interested parties in his services. Manchester United and Manchester City both currently have managers with contracts beyond this summer but would they be willing to move them aside in favour of Pep. On the other hand, Chelsea may in the position to negotiate with Guardiola now, knowing that they will need a manager in the summer and it looks like Guardiola will be available. 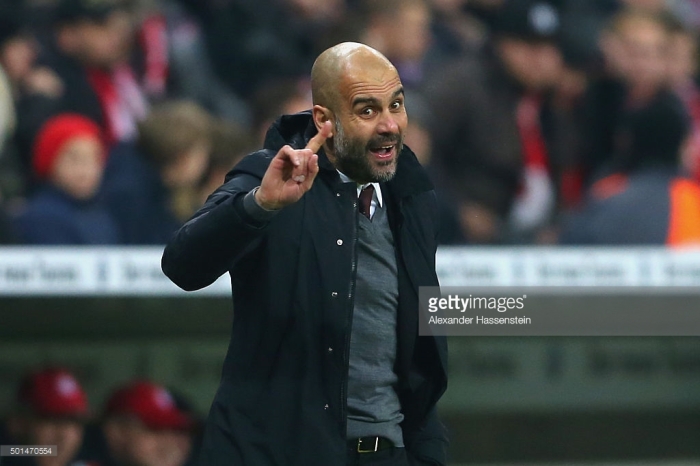 Guardiola is in his seventh season as a manager and already has five league titles to his name and two Champions League wins. It is likely that he will add at least another domestic trophy with Bayern this campaign and maybe another Champions League triumph. Once again you would have to doubt to whether Guardiola would have the longevity that Chelsea may be after from their next manager but given his previous he would bring short-term success.

Eddie Howe has been described as the ‘English Mourinho’ following his success with Bournemouth. He has brought Bournemouth from the fourth tier of English football to the Premier League. Despite a spell away from the club with Burnley, his two periods with the south-coast side have yielded three promotions to bring them onto the Premier League stage. Bournemouth’s recent victory at Stamford Bridge and then beating Manchester United the following week won’t have done Howe’s credentials any harm at all.

If Chelsea did go for Howe, then he would become the club’s first English manager since Glenn Hoddle left the club at the end of 1995/96 season. It would also be seen as appointment out of the norm for Chelsea in recent years as they gone for managers with either Premier League or European experience. At 38 years of age, surely Howe is a manager who could be given time by the Chelsea board to build the club from the bottom and build a base for long-term success. You get the impression Howe is a manager whose players will run through a brick wall for.

If Chelsea decide that Antonio Conte is the man for the job, then he would become the fifth Italian to take the reigns at Stamford Bridge. Conte is currently the manager of the Italian national side and will be concentrating on preparing his country for the European Championships this summer but wouldn’t be the first national manager to agree to take a club job once an international tournament is over. Following a successful playing career with Juventus in which he would five Serie A titles and a Champions League, his first success as a manager came when guiding Bari to promotion from Serie B.

It has not all been glory for Conte though, enduring a difficult spell with Atalanta and being confronted by their fans on a number of occasions before resigning with the club in 19th place in Serie A. After taking Siena to promotion from Serie B, he was appointed the Juventus manager at the start of the 2011/12 season. The return to Juventus was a successful one as he guided them to three successive Serie A titles and laid the foundations for the success that has continued for the Turin side despite his departure.

Should Chelsea appoint the Italian after the summer, we may see a change in recent tactics for Chelsea. For a long time, Chelsea have favoured just one main striker in their starting line-up but Conte is not a fan of this approach, instead frequently opting for a pair in attack. A system that he employed during his days in charge of Juventus was 3-5-2 and at times in his managerial career has been known to field an unorthodox 4-2-4 formation, with the wide midfielders acting as attacking wingers. This would be an abrupt change of style for the Chelsea players and fans to acclimatise to, but after some of the recent stagnant and stifling football over the last few months, it may well just be the refreshing alteration that everyone at The Bridge needs.